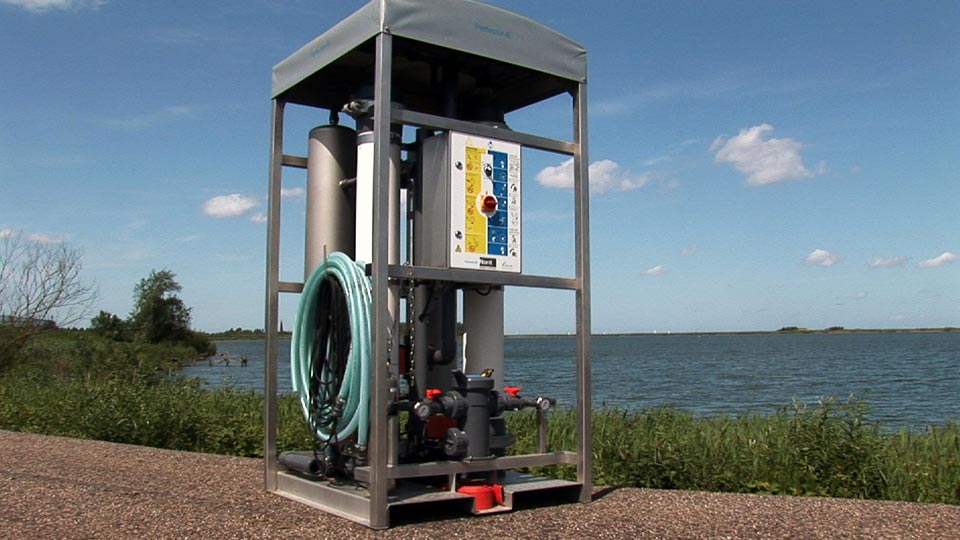 This compact purification installation determines drinking water from surface water. PWN and WMD take the costs for the transport and the exploitation of the Perfectors at their expense. Because the Perfectors are already in Indonesia, they can be fast on the spot and operational.

The earthquakes at the Indonesian island Sumatra have hit the port city Padang seriously. Many people are covered under the rubble of collapsed buildings. Hundreds of houses have been damaged, the public water supply has been destroyed, as a result of which there is a serious shortage of drinking water. The area is hard to reach because of the devastations, also for trucks with bottled water. Contaminated drinking water can cause cholera and typhoid fever.

MORE THAN 2000 LITRES PER HOUR

The eight Perfectors have been offered to the water utility company of Padang. The mobile purification installations are meanwhile on transport and can within some days be operational. One unit can filter 2000 litres surface water per hour to reliable drinking water.The Perfector has been originally developed directly after the tsunami by PWN, in association with Norit. The Perfectors were used in the Indonesian Aceh to bridge the time to repair the regular water supply system. This system has now been repaired for a large part, as a result of which the Perfectors are no longer necessary in that area.

WMD AND PWN IN INDONESIA

WMD supports water companies in East Indonesia and (re)uses the Perfector-E there now daily on several locations, like in Manado. The eight purification installations can be therefore fast and without rigmarole in Padang. Two technicians of Manado travel also for exploitation and maintenance of the Perfectors. PWN support water companies in Aech, Medan and Pekanbaru with improvement projects.