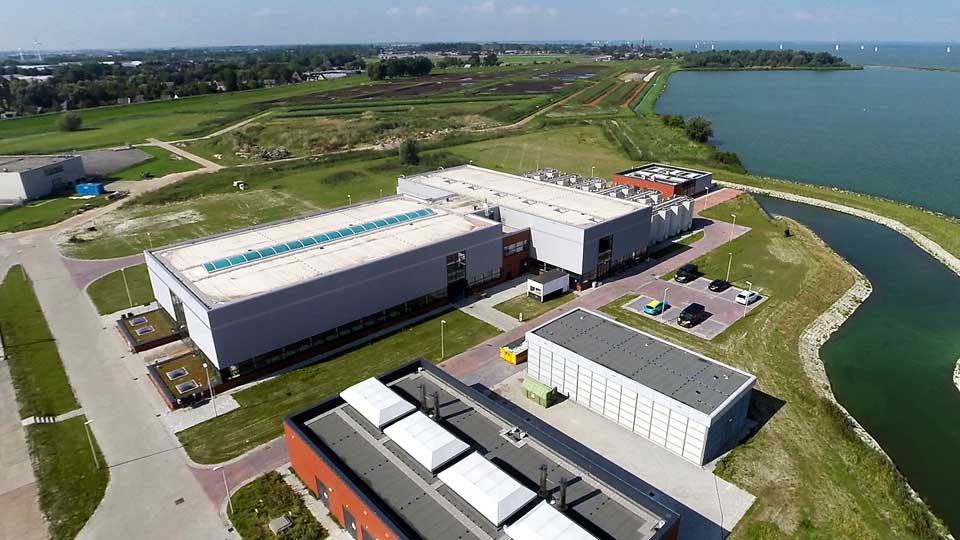 Showcasing Andijk III: the start of a new era in water treatment.

It has been considered a game changer in the water industry: the CeraMac® design of PWN Technologies. The first design based on ceramic membranes that can compete with polymer membranes in terms of price. It’s definitively not a long way of, because this new era in water treatment starts on 8 May, as PWN Technologies is showcasing Andijk III.

This event — by invitation only — is combined with a visit to our expanded Water Treatment Technology R&D Center, one of the world’s largest water R&D centers dedicated solely to innovating new water treatment technologies.

Distinguished keynote speakers at this event include:

Concurrent with the presentation of these technologies we hold an interactive, international conference on suspended ion exchange, ceramic membranes and advanced oxidation with leading experts from around the world, including James P. Malley, Shane A. Snyder, Aik Num Puah and Jean-Phillipe Croué.

Andijk III is world’s most modern water treatment plant. It’s based is on the self-developed technologies SIX® and CeraMac®®, which result in higher water quality, lower environmental impact and decreased energy consumption at a lower cost.

Andijk III is a water treatment plant – capacity 1,2 million m3 per day – for the production of drinking water from surface water. Water supply company PWN has commissioned PWN Technologies to build this plant. In the current, conventional water pre-treatment process, the turbidity of surface water is removed by coagulation, sedimentation and sand filtration: after the addition of chemicals, floating particles are embedded, which causes most of them to sink to the bottom. The rest is filtered with sand and the contaminated sludge is removed. This commonly used method is not very sustainable and cannot remove all substances that can cause quality-related problems.

Research into a better, more sustainable and affordable alternative resulted in a water pre-treatment process based on a combination of suspended ion exchange (SIX®) and ceramic membranes (CeraMac®®). The benefits appeared to be substantial: lower costs, higher water quality, lower energy consumption (30% on average) and a reduced environmental impact. The addition of 11,500 tons of chemicals annually is no longer necessary thanks to the new treatment process.

The SIX® process removes water turbidity, (dissolved) organic substances, nitrate and sulphate. Undesirable substances attach themselves to the resin granules, which can be reused after they have been cleaned using salt. The amount of salt required is five times less than that used in the current situation. In addition to improving water quality, the SIX® process ensures that the ceramic membranes are not contaminated too quickly.

The passage through the ceramic membranes is the second phase of the water pre-treatment process, during which all particles larger than 1/10,000th of a millimetre are removed from the water. Ceramic membranes last longer and are more reliable than other membranes.

The high price of ceramic membranes had prevented a market breakthrough until now. The CeraMac® design is the first that can compete with polymer membranes in terms of price. The treated water may still contain a negligible quantity of hazardous substances, such as pesticides, viruses or drug residues. That is why advanced oxidation is used after the CeraMac® process, which uses a combination of UV and hydrogen peroxide to render these substances harmless. Since the clarity of the water has increased greatly thanks to SIX® and CeraMac®®, considerably less energy is required for UV treatment. Finally, an active carbon filter removes the remaining substances from the water, making it fit for consumption.