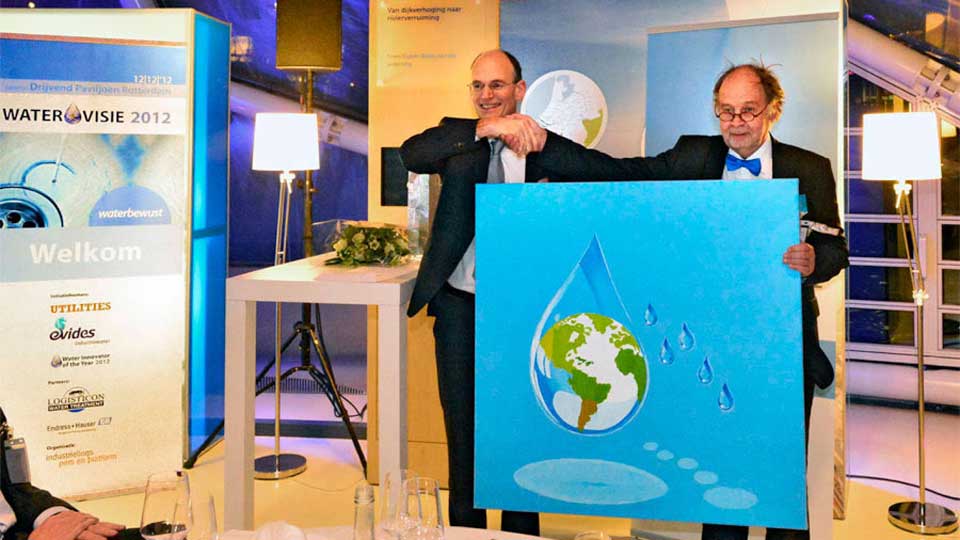 PWN Technologies is elected Dutch Water Innovator of the Year 2012 with it SIX® and CeraMac® technologies. The combination of ion exchange (SIX®) and ceramic membranes (CeraMac®®) results in higher water quality, a lower environmental load and lower energy consumption in the production of drinking water. The jury found the combination of these techniques so innovative, that they awarded PWN Technologies.

During the Watervisie 2012 congress in Rotterdam five candidates battled for the title Water Innovator of the Year 2012. These innovators have developed an innovative technology or methodology of water that can affect more efficient and rational water use in the Netherlands and possibly internationally.

A jury nominated five candidates for the title Water Innovator of the Year. The winner was elected based on judgment of the jury, a ballot on the internet, as well as the judgment of the public during the congress.

According to the jury PWN Technologies did not just have an innovative idea; it turned this idea into a business case and a Dutch export product. The interest in SIX® and CeraMac® is very big and PWN Technologies therefore regularly receives delegations from countries around the world to demonstrate its technology.

Peer Kamp, Chief Technology Officer of PWN Technologies received the award from the president of the jury, Cees Buisman. Peer Kamp: “We have received an international Grand Honour Award three months ago and now we are Water Innovator of the Year 2012. This award is another recognition of the technologies that we developed. We have always been convinced that our technologies can mean a breakthrough in the field of water treatment.”