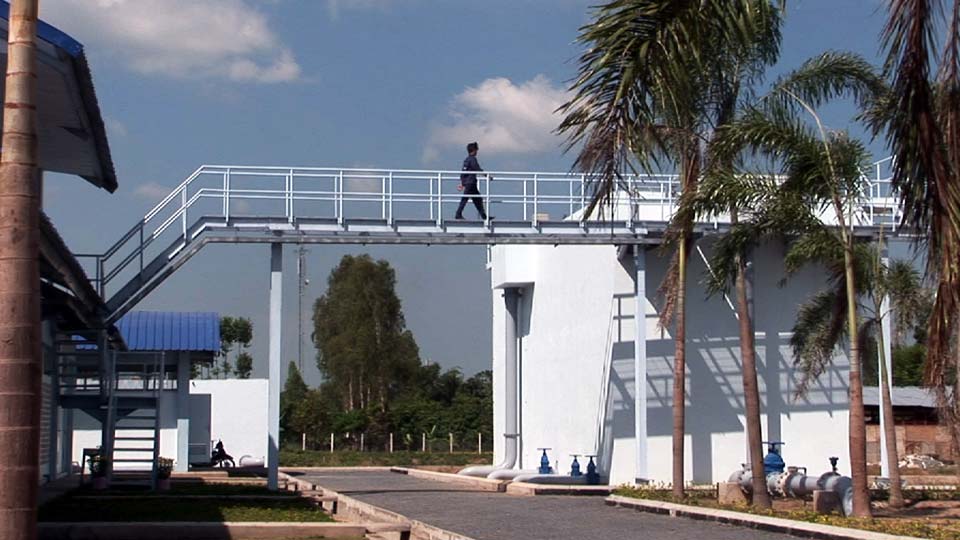 PWN Technologies invited to give presentation to Vietnamese Ministers.

During the visit of the Prime Minister of Vietnam to the Netherlands in the last week of September PWN Technologies was invited on the 29th of September to give a presentation to the Vietnamese Minister of Construction.

Mr. Arjen Nauta and Mr. Peer Kamp held a presentation about the Perfector Series, who are specially designed to deliver fresh drinking water in rural and (pre)urban areas in Asia.

The first Perfector was realized in 2009 in Vietnam and in the meantime several more have been installed in this rapid developing country.

Mr. Trịnh Đình Dũng, the Minister of Construction was very interested in the Perfector-R that stands in Cao Lanh. The Minister indicated that there are many opportunities for the Perfector-R in pre-urban areas in Vietnam due to the relatively low investment costs, chemical cost and maintenance costs of the designs.

Also PWN Technologies has been invited to present on the very next occasion the Perfector Series at the head office of the Ministry of Construction in Vietnam.