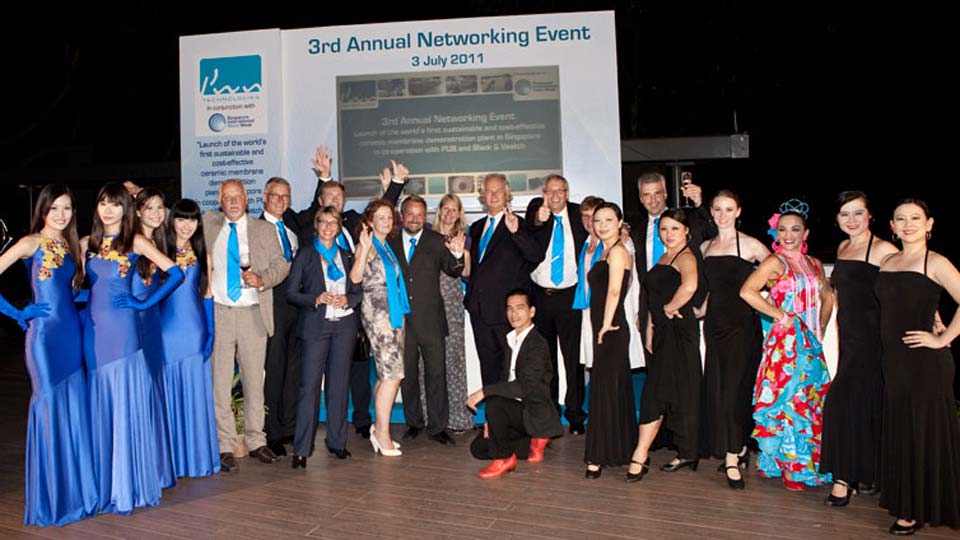 PWNT announced at this event that it would be establishing its Asia-Pacific headquarters in Singapore, as a further commitment to introducing its advanced water treatment technologies to the region. As a staunch supporter of water industry developments in Asia, PWNT is already a Founding Sponsor of the Singapore International Water Week (SIWW) 2011.

The event also commemorated the official launch of the CeraMac® demonstration plant project at the Choa Chua Kang Waterworks, and kick-started a week of activities held in conjunction with the SIWW 2011. Activities included presentations about CeraMac® technology, and technical tours for visitors keen to discover more about the CeraMac® demo plant attended by leaders from the global water industry including Dr James L. Barnard, winner of the prestigious Lee Kuan Yew Water Prize 2011. The Dutch Ambassador to Singapore, His Excellency Johannes W.G. Jansing, also attended a special tour of the plant.

In a fast urbanizing and crowded world, clean water for drinking and other industrial uses is becoming an increasing scarcity. With the setup of its Asia-Pacific headquarters, PWN Technologies looks forward to providing sustainable and affordable solutions to customers in the region.