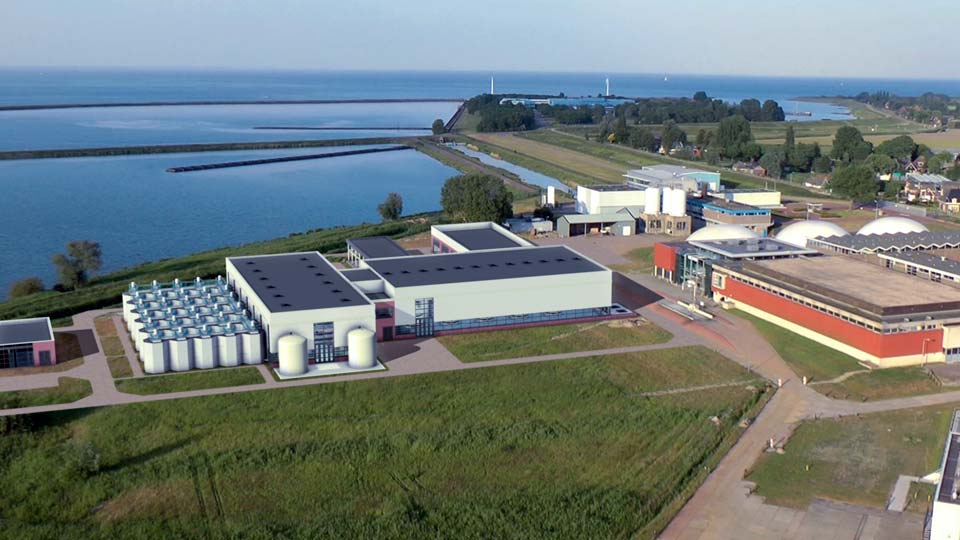 PWN Water Supply Company North-Holland (PWN) is to build an innovative pretreatment facility in Andijk for the production of drinking water. The facility is based on a process which PWN itself developed. The new pretreatment process, based on suspended ion exchange (SIX®) and ceramic membranes (CeraMac®), not only results in higher water quality, but also in lower energy consumption and a lower environmental burden. The construction of the facility – which should be operational by the end of 2013 – marks an investment of several dozens of million euros. PWN Technologies is tasked with the construction project. This full subsidiary of the utilities company will be offering similar solutions to drinking water production companies worldwide. The new facility has generated great international interest.

The existing treatment plant in Andijk dates from 1968 and is outdated. Moreover, the capacity in the longer term is insufficient. The plant has to be replaced within a few years in order to also guarantee the supply of drinking water in North-Holland in the coming decades. In recent years, PWN has itself been intensively researching alternative treatment of drinking water based on suspended ion exchange (SIX®) and ceramic membranes (CeraMac®). This forms an absolute filter that blocks all organic substances. In 2007, the Ministry of Economic Affairs also supported the research into a new treatment method. The process has been extensively proven and validated in recent years and is now ready for introduction.

PWN’s Board of Supervisory Directors gave the go-ahead for the roll-out of the definitive design and construction of the facility. At present, PWN Technologies are putting the finishing touches to the design of the facility which is to be named Andijk 3. This new water pretreatment facility will have a capacity of 5000 m3 per hour; the plant’s current capacity is a mere 3200 m3 per hour. PWN Technologies anticipates a reduction of the construction time of four to five years to approximately three years through a timely involvement of parties in the process. This results in substantial savings.

From a comparison of existing, conventional water treatment facilities with the new facility, it appears that the new system delivers a higher water quality in a more sustainable way and can therefore make an active contribution to solving water quality problems. Moreover, owing to the higher quality of pretreated water, less energy is required for the remaining treatment steps in the drinking water production process. This fulfills PWN’s aim of operating in a socially responsible and sustainable way.

Before the introduction of its SIX® and CeraMac® technologies, up to 5000 tons of iron chloride sulphate and up to 6000 ton of sodium hydroxide were added as an agent to the pretreatment process in the Andijk water treatment facility for flocculation prior to filtration. Its innovative new technique eliminates the use of iron, using a ion exchange resin instead which can be reused after treatment for reduced environmental impact.

SIX® and CeraMac® are the most recent in a series of innovations, such as the process of advanced oxidation (UV/hydrogen peroxide), which PWN was the first in the world to introduce. This is a universal barrier to combat organic micro-pollutants in which UV light and hydrogen peroxide are used to disinfect water and to break down pesticides, viruses and pharmaceutical residues, among other things.