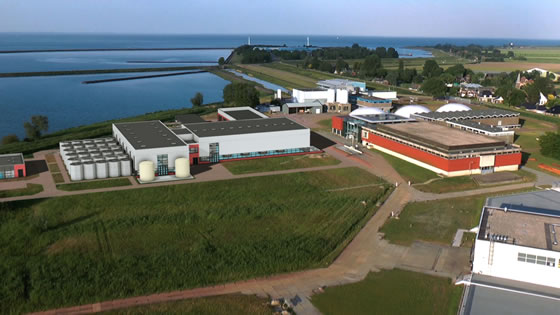 PWN Technologies can start with the construction of Andijk III; an innovative pretreatment plant for drinking water production in Andijk (The Netherlands). The local authorities have recently granted the building permits. The construction will officially start on Wednesday 25 January 2012.

Ms J. Geldhof, member of the Provincial Executive of North Holland, will officially kick off the construction of Andijk III. The province North Holland is the sole shareholder of PWN Water Supply Company North Holland. The major of de municipality of Medemblik, where Andijk is part of, will also be present.

Andijk III is a treatment process developed by PWN Technologies, based on suspended ion exchange (SIX®) and ceramic membranes (CeraMac®). This new treatment process will produce water of a better quality, but will also have a lower energy consumption and lower environmental load.

Construction of the plant – which will be operational by the end of 2013 – requires an investment of nearly 50 million Euros. PWN Technologies is responsible for the construction of the plant, commissioned by PWN Water Supply Company North Holland. There is a great deal of international interest in this project.