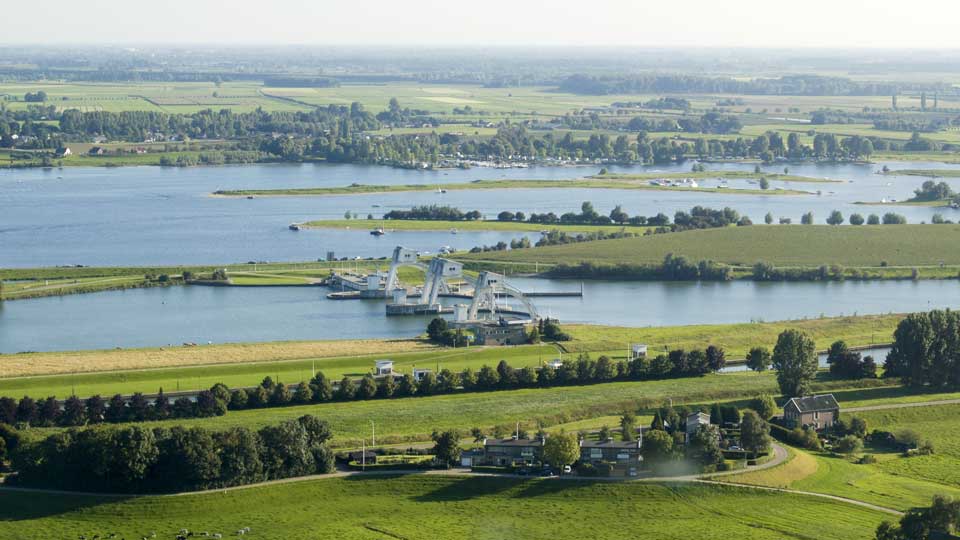 Gloomy scenario for drinking water presents opportunities for the sector

Halfway through this century, the surface water in the Netherlands may occasionally become so polluted that it will sometimes be unfit for drinking water production. This is according to the recent report published by the National Institute for Public Health and the Environment (RIVM): ‘Effects of climate change on water quality at drinking water abstraction points: Analysis of concentrations of substances.’ But this gloomy scenario also offers opportunities for the drinking water sector, say Pieter Spohr and Peer Kamp from PWN Technologies.

For much of its drinking water production, the Netherlands depends on surface water. Water from the Rhine and Meuse river basin eventually reaches 40% of the Dutch people. As the Netherlands is situated in the lower reaches of these rivers, surface water pollution is higher than elsewhere. This pollution will increase further if there are long periods of drought and if discharges into the surface water are not restricted. The water could then become so polluted that it can no longer be used for drinking water, argues the RIVM.

The gloomy scenario facing drinking water by the year 2050 is a reminder to drinking water companies and governments of how important it is to protect the surface water. Equally important, as the RIVM observes, are investments in technology and measures to ensure the safe production of reliable drinking water also in the future. The RIVM primarily envisages threats for drinking water production. That perspective is understandable for a body whose main aim is to protect the interests of the Dutch population. But it is only one part of the story.

Years ago, the poor quality of the water in the IJssel Lake prompted the water company PWN to develop its own water treatment technologies, because there was no other solution available on the market. But the polluted water proved to be both a curse and a blessing. It was a curse because it forced PWN to innovate, and innovation costs money. But it was also a blessing, because it enabled PWN to develop into a innovative company, thereby gaining a unique position worldwide.

Innovation is expensive. In order to keep control of increasing costs, PWN established a subsidiary in 2009 – PWN Technologies – with a view to offering innovations to other water companies across the world. Profit is invested in new R&D. PWN Technologies is an engine that drives innovation. Innovation ultimately pays for itself and the customers of the drinking water company also benefit through a lower price for drinking water.

PWN and PWN Technologies are leaders in innovation and in bringing it to the market. PWN has now commissioned PWN Technologies to build the world’s most modern drinking water treatment plant in Andijk, based on innovative water treatment technologies developed in-house. These technologies have sparked interest from water companies as far as Singapore, Europe, Australia and the United States, because they can finally see a solution for difficult water treatment issues that have proved impossible to solve in the past. This shows that even the gloomiest scenario can offer economic opportunities for the Dutch water sector.

The Dutch government designated water as one of its Top Sectors: one of the key cornerstones of the Dutch economy. Opportunities are also envisaged for drinking water companies. At the same time, politicians are struggling with the issue of how drinking water companies can achieve this, since using public funds to do business can be risky. This is a good reason for PWN and PWN Technologies to keep the financial aspects of both companies strictly separate. There is also very careful supervision of the financial results of the subsidiary.

This example demonstrates that innovations in one country’s own drinking water supplies can result in commercial success because they can also be applied in other countries. Bringing knowledge to the market is something new for most drinking water companies. It calls for an entrepreneurial spirit, good governance and a clear separation between public and commercial activities. It also calls for a government with an eye for economic opportunities and a willingness to tailor its policy and regulations accordingly, in order to join forces with the sector in seizing these opportunities.