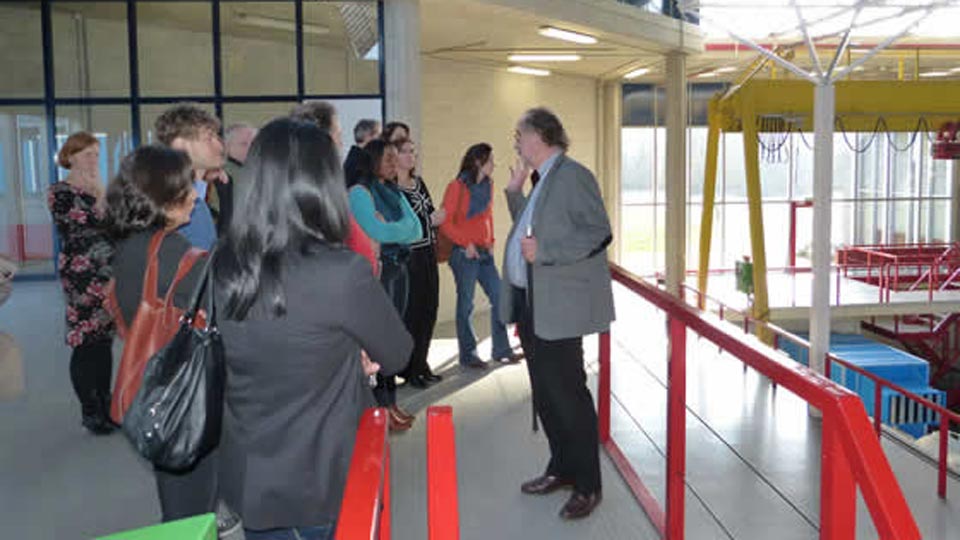 A successful visit from ORIO

A delegation from ORIO has visited PWN Technologies. ORIO – the Dutch acronym for Facility for Infrastructure Development – is a financing fund that was set up by the Ministry of Foreign Affairs to stimulate the development of public infrastructure (such as water mains, roads, telephone networks and so on) in developing countries. There is an annual available budget of 180 million Euros. Only the central governments of developing countries may apply to the fund. For each project, total project costs can amount to between two and sixty million Euros.

The visit resulted from a request from the ORIO team (20 people), which is occupied with assessing and guiding applications and current projects on a daily basis. The team frequently comes across applications for drinking-water projects, but they had never visited a water company. So it came as no surprise that they were chiefly interested in the Perfector Series, which Peer Kamp talked about in detail. They also discussed our new SIX® and CeraMac® technologies. After that, Peer gave the delegation a tour of the Princess Juliana water supply pumping-station and the R&D lab.

PWN Technologies and the ORIO team also discussed problems relating to financing and guarantees, which we experience as the commercial subsidiary of a public service corporation. While the visitors had no solution at hand, they said they would be willing to think along with us creatively and look for potential solutions. The visit led to greater knowledge about our Perfectors.