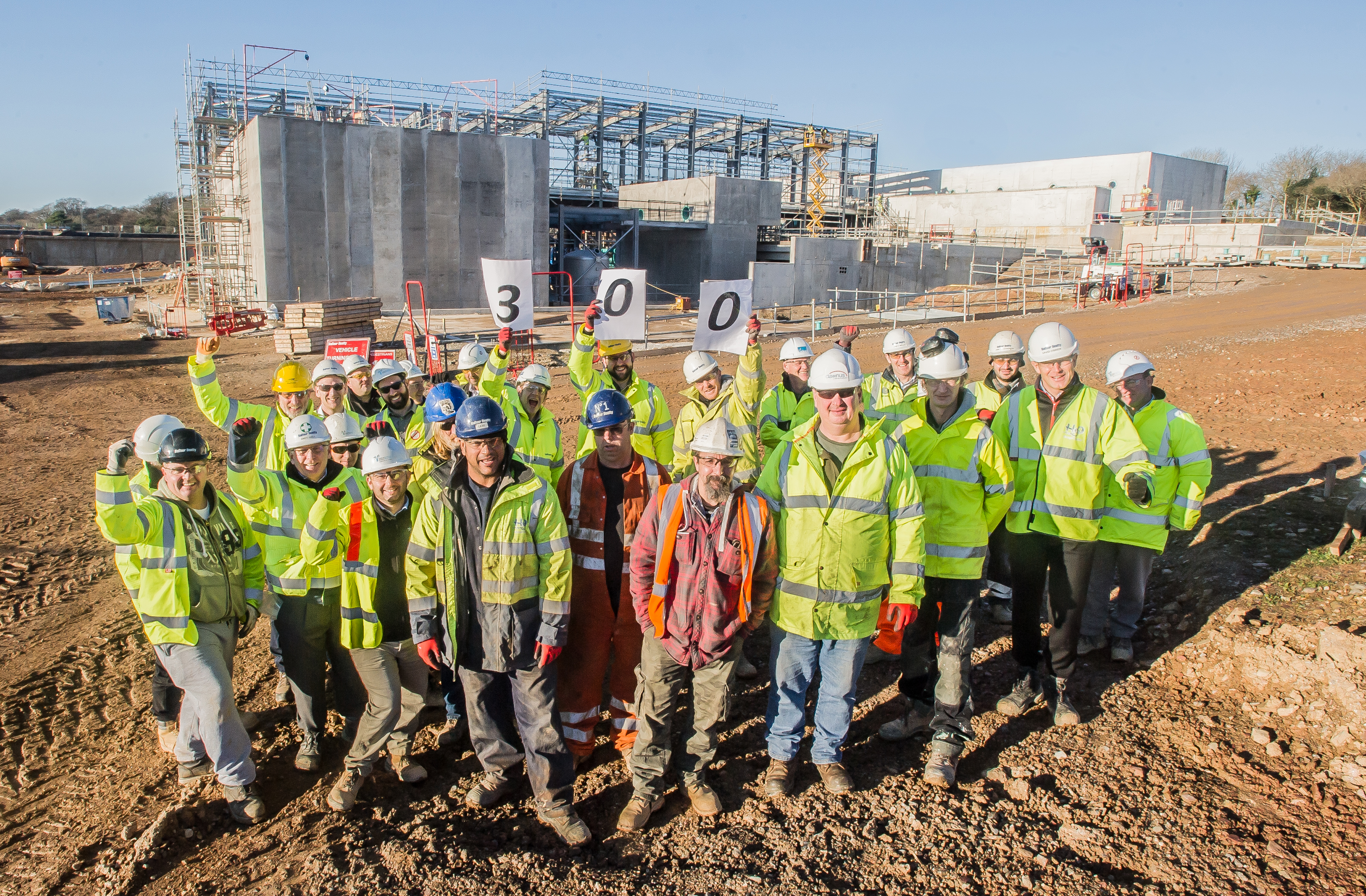 Workers building a new £60million state-of-the-art water treatment works for Plymouth and the surrounding area raised their hard hats in celebration to mark 300 days of progress since construction started.

It will use cutting-edge treatment processes, designed and developed by leading Dutch water technology company PWNT, and tested at a prototype facility at Crownhill from June 2013 until June 2015.

The new technology uses suspended ion exchange with resin regeneration system, inline coagulation and ceramic membrane microfiltration. It is the first time that this combined technology has been used in the UK.

In the 300 days worked since the construction team for South West Water’s Mayflower Water Treatment Works put the first spade in the ground, in April 2016, the team has:

Recent visitors to the site at Roborough, just north of Plymouth, include Gary Streeter MP, engineering students from Plymouth University and other community representatives.  The project, the first of its kind in the UK, is also attracting widespread interest from other UK water companies and around the world, as it will use innovative water treatment processes to deliver even cleaner water more efficiently, helping to keep customer bills down.

South West Water’s Managing Director Stephen Bird said: “After years of planning and months of hard work on site it is exciting to see our flagship water treatment works taking shape.
“We’re approaching the halfway point of the construction timetable and while there is plenty more to do, real progress is being made and the team have been working tirelessly in all weathers to ensure we’re on target to finish the main building work by next Spring.”

Mayflower Water Treatment Works will replace the outdated treatment works at Crownhill in Plymouth, which was built in the 1950s and is reaching the end of its useful life.

Around 150 people will be employed during construction.

Mayflower is on schedule to become operational in September 2018, with the existing Crownhill works retiring from service a few months later.  The project is South West Water’s biggest single capital investment in its highly-rated 2015-20 business plan.

Mayflower Water Treatment Works will meet the needs of Plymouth’s growing population and provide a secure, high-quality drinking water supply for the wider Plymouth area for generations to come.